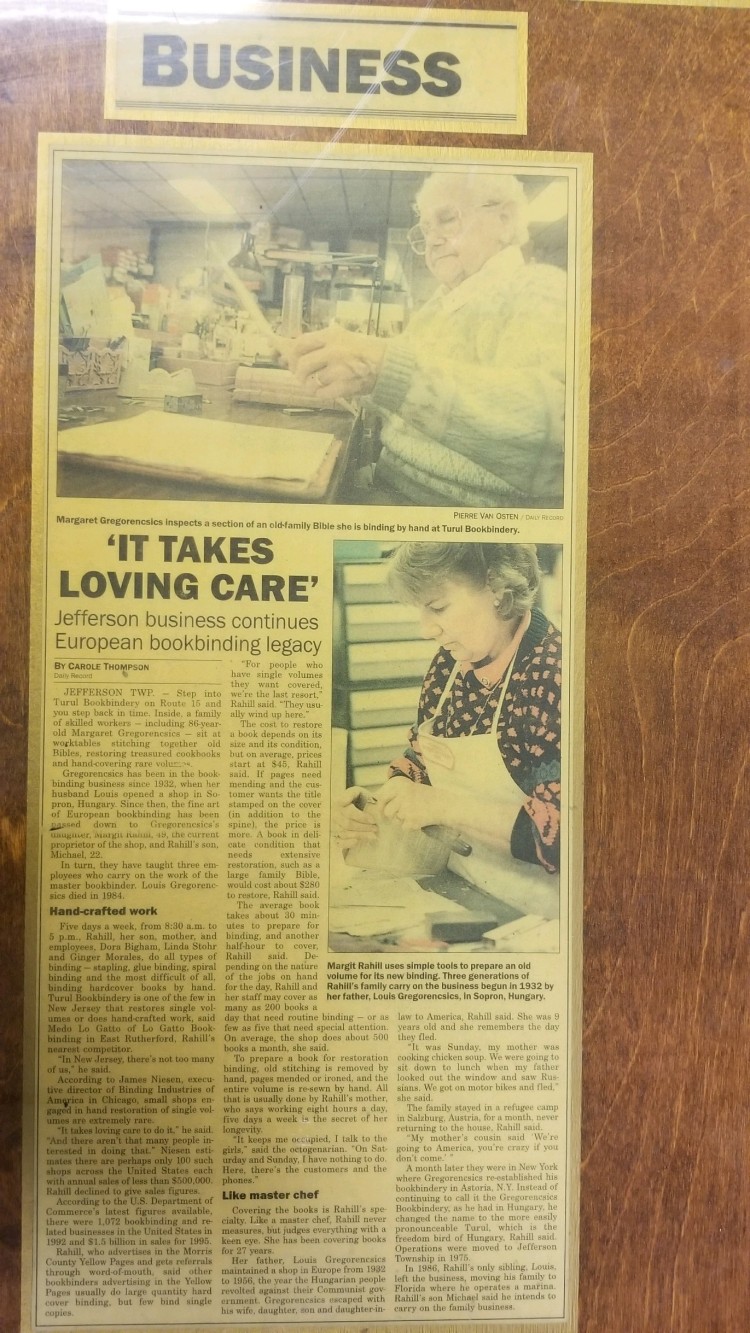 Turul Bookbindery has been featured in many publications over the years from The New York Times to Allentown’s Morning Call to the Associated Press.  Our reputation has helped us grow into the go-to shop for binding and restoration, and these articles have documented that over the years.

March 2011: “Local Bookbindery One of Only Three in New Jersey” [Jefferson Patch]

September 2010: “Sixteen Families will be Honored by the Eighteenth Annual New Jersey Family Business of the Year Awards” [FDU]

Appointments available out of hours