Like any family business there is a story, this is Turul Bookbindery’s…

Over 87 years ago, in a small town in Hungary, our founder Lajos (Louis) Gregorencsics faced a decision that would change his life.  After being raised by Nuns, Lajos was given the choice to learn a trade that would become his sole profession.  His fateful choice: bookbinding.  In 1932, after his professional training was complete, Louis took that next fateful step.  It came as no surprise that this young, entrepreneurial, and personable man and his wife Margit would decide to open Gregorencsics Konyvkoteszet.  Due to the major events in our world’s history such as WWII and then the Hungarian Revolution, their business would eventually travel across the ocean.  But let’s start at the beginning.

Their original bookbindery was opened in his hometown of Sopron, Hungary, an area of Hungary near the border of Austria and about 40 minutes from Vienna.  Hungary was no stranger to the scourges of war following WWI.  However, running parallel to the establishment of Turul Bookbindery was one of the darkest periods in Europe’s history.  During that time between 1932 and 1956, Hungary would be annexed by the Adolf Hitler and then occupied by the Russians.

Lajos was a brave man and believed in doing what was right.  During Hitler’s reign of terror, he and his family. helped provide cover for Jewish families in hiding.  The family sought refuge in the solitude of the Gregorencsics’ grape fields while Lajos provided them the food and supplies they needed to live.  In the face of certain punishment, and clear warnings from neighbors, they provided that safe haven during this disturbing time in Hungary’s proud history.  All while doing this Lajos (Louis) and Margit (Marga

ret) would continue to run their business daily to provide for their own family.

After World War II, Hungary was “liberated” from the Nazi occupation, but in a different twist, the Communists would come to power.  The old “damned if you do, damned if you don’t ” had occurred!  With the occupation of Hungary, the bookbindery would face its own interesting run-in with Russian forces.  One day, a young Russian soldier driving a tank down the city streets attempted to make a U-turn.  When attempting to do so, he proceeded to drive his tank through the bookbindery.  This would leave an indelible mark in our bookbindery’s history and the building, as well!

Within a few years of this event the uprising of the Hungarians against the communists would come to a boiling point and in October of 1956, the Hungarian Revolution began.   Seeing what was going on and preparing for the worst, Lajos and Margit wanted to do what would be best for their family and decided that upon the return of their son Lajos Jr. (who was delivering medical items to the front in Budapest via Army transport) they would take what was on their backs and cross the border quickly into Austria before the communists closed it down.  They did not intend to come to America at that time, merely wanted to wait across the border for the violence to subside.  Fate would have it another way.

As they reached a temporary refugee camp set-up in neighboring Austria, they would meet Pisti Bokor, a cousin who said they were going to try to go to America as the US had established Operation Mercy to help the influx of Hungarian Refugees.  While this was far from the original plan, they agreed to travel along with Pisti and the whole family left whatever they had behind in Hungary (including the bookbindery) for the unknown in America.

The family arrived in America and was processed at Camp Kilmer were they would eventually be met by Lajos brother Jani  Gregorencsics who came to America many years ago (ironically in 1932) and made his career in America in the restaurant industry in NYC.   The family would settle in Astoria, Queens and the 2 brothers were once again reunited.   Lajos, Margit, Lajos Jr., his wife Mici, and their daughter Margit would make their home in Long Island City, (Astoria) Queens.   It was a bold new world for all, language, customs, and financial barriers abounded, but through hard work and everyone pitching in Lajos would realize the American dream when 4 years later he would re-open the bookbindery in Astoria, Queens.

However it would no longer be called Gregorencsics Konyvkoteszet, the family decided to call it TURUL BOOKBINDERY.  Turul was the name for the Hungarian symbol of Freedom and a long standing mythical symbol of the Magyars (Hungarian People) and Bookbindery was the translated version of the really long word in Hungarian you have been wondering about for the past several paragraphs.

Lajos and his family would modify their names as many immigrants did to better fit in, for business purposes and because immigration incorrectly copied down their names.    Lajos  and Lajos Jr. would be known as Louis, Margit would become Margaret, and Mici would become Maria.  Only young Margit’s name would remain unaltered.  Louis Jr. and his wife Maria would go by the last name Gregor from then on also.

Nevertheless, the family would continue to operate and eventually as city life lost its shimmer and life in the country grew more appealing, the family once again re-located to a strange country known to New Yorkers as “JERSEY”.  That was around 1971 and shortly after in 1975 the new custom built Bookbindery we are presently located in was built.  It has been a fixture in the Jefferson Township Community nearly 45 years now.

Generations have been raised in the bookbindery.  As we write this history, the next generation is now making their own memories within the bookbindery’s walls.  We hope that you enjoyed our story, and that we have chapters ahead to add to this wonderful tradition. 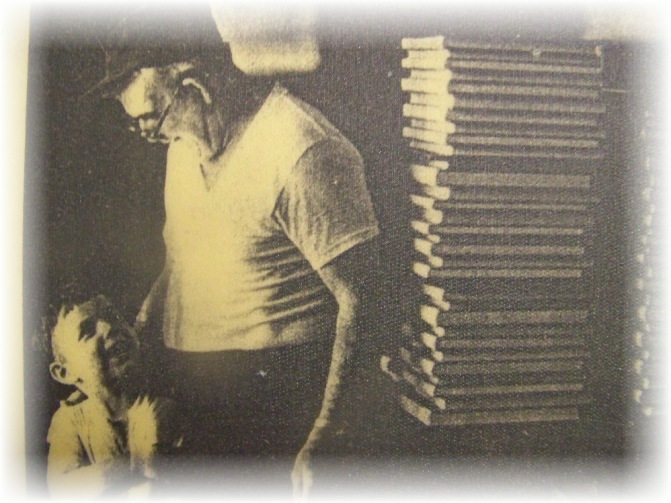